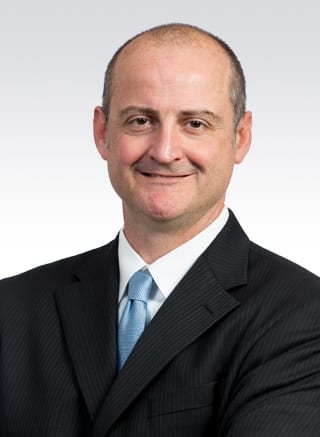 Brett Enyart, O.D. has been with Triad Eye Medical Clinic since 2001. He came to Triad through its Optometric Residency Program, in which he served as the program director from 2004 through 2008. Dr. Enyart has been the Clinical Director at Triad since 2007. He holds appointments as an adjunct professor of optometry at Northeastern State University College of Optometry and the University of Missouri-St. Louis College of Optometry. Dr. Enyart received his Bachelor of Science from Northeastern State University and then earned his Doctor of Optometry degree in 2000. During his clinical training, Dr. Enyart completed an internship at Eye Associates of New Mexico in Albuquerque and Santa Fe. He holds licenses in Oklahoma and Colorado. He holds certifications in Anterior Segment Laser and Visx Excimer Laser procedures. He is a member of the American Optometric Association and the Oklahoma Association of Optometric Physicians. Dr. Enyart resides in Tulsa with his wife and two sons.

You can find out more about which cookies we are using or switch them off in settings.

This website uses cookies so that we can provide you with the best user experience possible. Cookie information is stored in your browser and performs functions such as recognising you when you return to our website and helping our team to understand which sections of the website you find most interesting and useful.

Strictly Necessary Cookie should be enabled at all times so that we can save your preferences for cookie settings.

If you disable this cookie, we will not be able to save your preferences. This means that every time you visit this website you will need to enable or disable cookies again.

This website uses Google Analytics to collect anonymous information such as the number of visitors to the site, and the most popular pages.

Please enable Strictly Necessary Cookies first so that we can save your preferences!